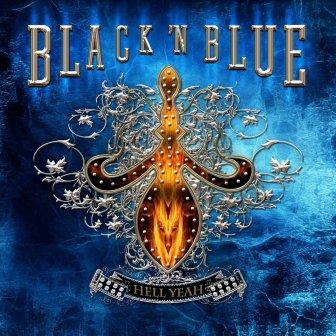 Who would have thought that after more than a decade of a hard rock decadence (the ’90s), many of the melodic rock/hair metal bands would return! Most of the ’80s bands come back with style! In 2011 we have the come back album of BLACK N’ BLUE! Thanks to Frontiers Records we have BLACK N’ BLUE album No5! The original members are all here (Jaime St. James, Jeff Warner, Patrick Young and Pete Holmes) except Tommy Thayer who is touring with KISS.  The album explodes with the kick ass rocker “Monkey” and the hard n’ heavy heaven “Target” which are two of the greatest songs on the album. Next comes the mid tempo “Hail Hail” with the arena chorus and we understand that the boys are back! There is also some great stuff like the fast rocker “C’mon” or the melodic “So Long” and of course the bad ass “Hell Yeah!” which I believe is one of the best songs on the CD. It’s a great come back from a band that had their last studio album in 1988! Therefore, grab a CD and let the party begin.