Midnight Chaser is a traditional metal band which is based in San Fransisco, USA. The band was formed in 2008 and they released their homonymous EP in 2010. Now they return with their first full length album. Both of their two works have been released by Heavy Artillery Records, which is a record label that releases classic END_OF_DOCUMENT_TOKEN_TO_BE_REPLACED 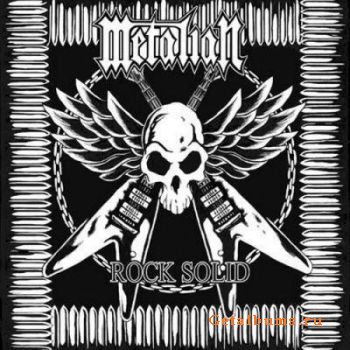 Metalian is a Canadian band which was formed a couple of years ago. They have released two demos, two splits, an album so far and are now presenting us this EP. From their previous works I have bought their 2009 independent album, “Wasteland”, which was a really great wotk!!! This new release has two songs that were on END_OF_DOCUMENT_TOKEN_TO_BE_REPLACED

This is the new release of High Roller Records which will be available both on vinyl and on CD format.Blaze is a traditional hard rock/heavy metal band from Japan, who released independently their first self titled album back in 2007. Personally I think that this was one of the best albums of the last few years!! The current END_OF_DOCUMENT_TOKEN_TO_BE_REPLACED

This is the new release of Pure Underground Records, which is one of the branches of Pure Steel Records.The album is a compilation of this German metal band. Scarlatyna was formed in 1987 in Germany. They released three demos in 1989, 1991 and 1992 respectively. This compilation has their 1991 and 1992 demos. END_OF_DOCUMENT_TOKEN_TO_BE_REPLACED