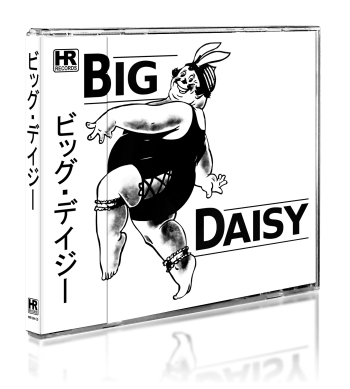 On the old Behind The Veil site (www.behindtheveil.freehostia.com) I wrote three reviews in the Monuments section. One of these reviews was about the one and only single of the N.W.O.B.H.M. band Big Daisy (“Fever – Footprints on the Water”) which was released in 1980 by Ellie Jay Records in 1000 copies. Big Daisy wasormed in Lichfield in Staffordshire in early 1978. The leader of the band was Mervyn Spence (bass, vocals) who later played in some really known bands like WISHBONE ASH and TRAPEZE. He also made another band called PHENOMENA which played AOR and released two albums.  Except for that single, Big Daisy also had a demo. This compilation contains the single and the demo of BIG DAISY, namely the entire band’s stuff. I would say that the demo songs are a bit heavier than the ones on the single, but in the same musical vein which means that they have the same great guitar melodies. The great advantage of Big Daisy is the fact that their songwriting is great in comparison to so many new metal bands… When you hear this compilation you want to hear it again and again… All the songs are really great and this release is a must buy for all the classic heavy metal fans!! Fortunately High Roller Records will release this compilation in CD and vinyl format. In conclusion because the demo songs of Big Daisy weren’t floating on the Internet and practically this is new and unknown stuff this compilation is just the best 2012 release for me!!!