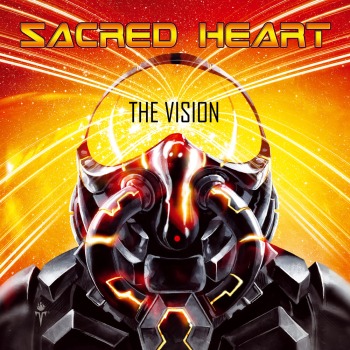 Sacred Heart is a US metal band which emphasizes on melodies. The leader of Sacred Heart is the guitarist Byron Nemeth who is very talented and has participated in several bands.A couple of years ago Byron Nemeth released 2 CD-Rs with all the stuff that he had done till then. In 2010 a Greek metal label named Steel Legacy Records released Amon Ra, one of Nemeth’s bands. This particular CD now contains the 3 Sacred Heart songs from the demo which was released in 1989 plus two more tracks. It also contains 6 songs from one of Nemeth’s EPs which was recorded in 2010. The songs from the demo plus the song which was released in a compilation in 1991 (“Time after Time”) are very good but the rest of the stuff isn’t on the same level. Still the album flows pleasantly. The guitar work of the CD is really good while the cover is interesting. In conclusion this is a good choice for the fans of this metal subgenre.

Posted by a knight of light on October 7, 2012 in Reissues