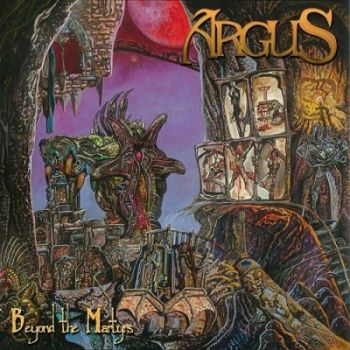 Argus is a heavy/doom metal band from the USA, named after Argus Panoptes (Ἄργος Πανόπτης) or Argos,
a primordial giant in Greek mythology. Reportedly Erik (the guitarist of the band) had an Argus-related
vision while recovering in hospital.They released their debut album back in 2009 and now they are
releasing their new (third) album. One of their previous albums was reviewed by me for Behind The Veil.
In the new album we have also quality heavy/doom metal. I would say that the best songs are
“The Coward’s Path” & “No Peace beyond the Line”. The album is good and it has a nice flow so it manages
to maintain the listener’s interest. I also liked the cover of the album and I think that the sound
production is really good for their style. I would say that Argus in general are one of the best new
bands in the style they play. In conclusion this is a good album that all the fans of heavy and
doom metal should hear.